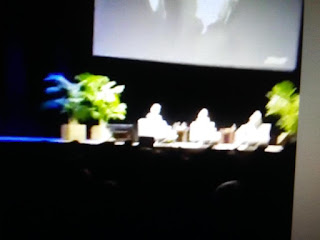 The Clintons had to cut ticket prices 6 times and still couldn't fill any venue on their speaking tour.
Who was the genius who thought was a good idea?  Hillary?

Daily Mail reports Hillary Clinton was heckled during the last night of her nationwide speaking tour alongside husband Bill in Las Vegas on Sunday.
A man who identified himself online as a Trump supporter and combat veteran stood up during the opening stages of the evening, yelling: 'You're going to jail lady.'
His shouts drew a response from Hillary - 'we have some people who'd rather shout than talk and listen' - before he was escorted out by security.