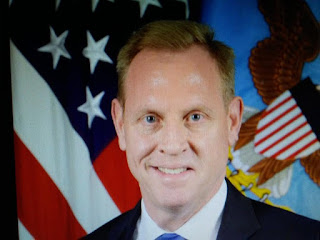 Iran doesn't want any of this!

Wall Street Journal the Trump administration said Tuesday that the threat of hostilities with Iran has receded in the face of U.S. military deployments and sought to assure lawmakers in classified briefings that a war wasn’t imminent.

The briefings were the first for all members of Congress since the Trump administration more than two weeks ago declared a threat of an imminent Iranian attack and deployed several warships and bombers to the region.
While...