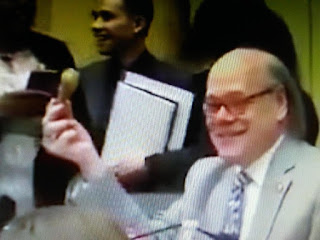 There's no reason to take a man seriously who waves a fried chicken leg in front of Black staffers at a congressional hearing.
Rep. Steve Cohen is a certified lunatic.  Nobody in Washington takes him seriously.

In a Steering and Policy Committee meeting, Cohen said former President Bill Clinton was hit with impeachment proceedings "over sex" and drew a comparison by saying that Trump is "raping the country," two sources in the meeting told Politico.