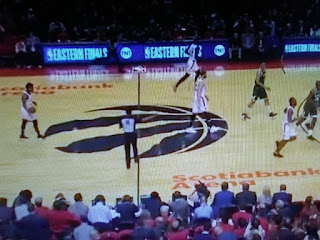 
Yahoo Sports reports the Eastern Conference Finals features two players who could be considered the NBA’s best in Giannis Antetokounmpo and Kawhi Leonard, a team that posted the league’s best record and point differential (Milwaukee Bucks) and a grizzled opponent looking to make their first NBA Finals (Toronto Raptors).

None of that seems to be a compelling draw for the average viewer in the United States, however.

The Athletic’s Richard Deitsch detailed that Game 2 between the Bucks and Raptors averaged 4.39 million viewers on TNT, down 48 percent year-over-year from when the LeBron James-led Cleveland Cavaliers squared off against the Boston Celtics in 2018.