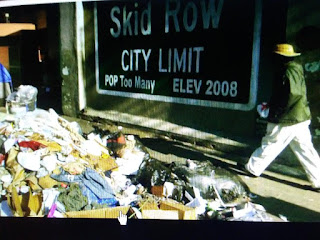 This is Los Angeles!  What's happening there is not spouse to happen in ANY American city.
But, it is.  And it's no coincidence that  LA is a one party town--Democrat Party!  Quality of life suffers in every city these guys control.  What more evidence is needed?

InFo Wars reports Typhus is a disease born of filth, most commonly spread by contact with the feces of fleas. It is most often reported in the third world or places such as POW camps where hygiene is of little concern. Last year, Los Angeles County reported a record 124 confirmed cases of the disease, enough to be classified as a full-blown outbreak. So far, in 2019, more than 50 cases have been reported.