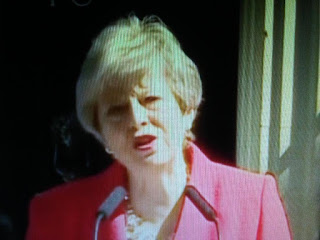 The problem with Theresa May is she's a Liberal!
That's the biggest reason why she failed.  Liberal leadership doesn't work.  It makes conditions worse and there are countless examples.  When will people wake up?

The Sun reports a tearful Theresa May today finally admitted her time was up and quit as Prime Minister insisting: "I've done my best".

The PM was forced to resign after she failed to deliver Brexit and lost the support of her own MPs - but will continue in office as a lame duck until July.