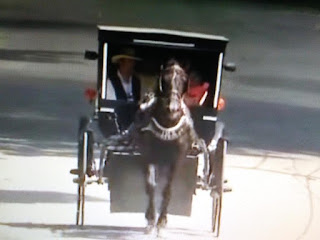 AOL News reports authorities say a pickup truck rear-ended an Amish horse-drawn carriage in southern Michigan, killing two children and seriously injuring two others and a woman who were in the carriage.

The state police say the two adults and five children who were in the carriage were ejected when the truck hit it Friday night in Algansee Township, a small farming community not far from Michigan's borders with Indiana and Ohio.