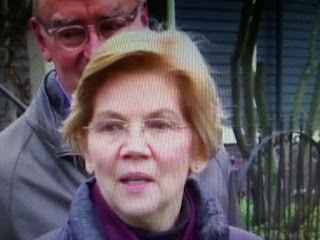 I think Biden collapsing is a given, that's his history.
It's going to be interesting to see what happens next.  I think the choice will come down between Warren or Buttigieg.


Politico reports there was a time not so long ago when leading Democrats warned that Elizabeth Warren’s “fantasy-based blue-state populism” risked leading the party to ruin.

But in a revealing tell of how far her campaign has come since its early February launch, some unlikely voices in the center of the party are growing more comfortable with the idea of Warren as the nominee.