George Will used to matter, but those days are long gone 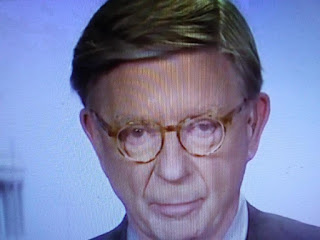 George Will advocated for Hillary Clinton over Donald Trump for president.
Let that sink in for a moment because he wasn't the only NeverTrumper who felt that way.  It was at that moment in time I said to myself, this guy is waste of my time.

I used to read his columns with great interest and wondered how can such a giant of the conservative intelligentsia  get it so wrong?  But, then I realized it wasn't Will who changed, it was me.  I was the one who reached a level of political maturity in which I no longer needed him to validate what I thought.

He needed me to validate him!

We don't need George Will to define what's conservatism anymore.  We voted for Ronald Reagan, we listen to Rush Limbaugh, and pay attention to what Tucker Carlson has to say.  George Will now works for NBC.  That in itself speaks volumes about how little he matters.  He's employed by the same organization who also employs Brian Williams and Al Sharpton.

What does that say about Will?