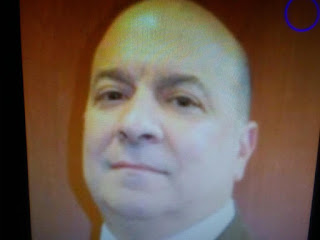 This is the second NYPD officer to commit suicide in as many days.
NYPD chief Steven Silks was reported dead yesterday.  What the heck is going on?

The body of Joe Calabrese, 58, was found near bushes in Plumb Beach in Brooklyn Thursday afternoon, dead of an apparent self-inflicted gunshot wound to the head, police sources said.