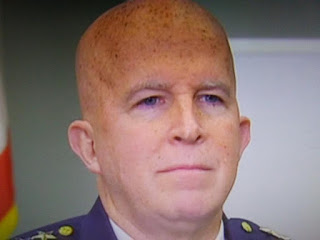 First of all this apology will not do a thing to repair an imagined rift between the NYPD and the Gay community.
That's a Leftist fiction to perpetuate a gripe to keep the "victim statues" of Gays alive and well.  The LBGT community will continue to portray themselves as victim and the NYPD will forever be the bad guys.  End of story!

NY Post reports the violent police raid at the Stonewall Inn in New York City in 1969 is widely regarded as a seminal event in the gay rights movement. But police officials had long refused to admit that officers’ behavior and the raid itself were not justified, leaving a rift between law enforcement and gay-rights supporters that seemed to deepen distrust over the years.

On Thursday, as people around the world began commemorating the 50th anniversary of the clash, New York’s police commissioner took a step toward making amends, issuing an unusual official apology on behalf of the Police Department for the actions of officers during the Stonewall uprising.