Mexico Blinks: Trump suspends tariffs on Mexico after Mexico agrees to clamp down on illegals traveling through Mexico 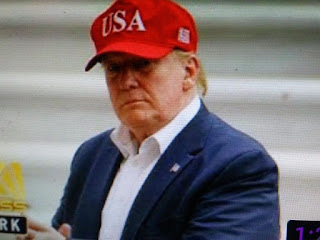 This agreement was made possible by the mere threat of tariffs on Mexico.
It shows again Trump knows how to lead and get things done while Democrats and Republicans freaked out like scared rabbits.

AOL News reports President Donald Trump says he has suspended plans to impose tariffs on Mexico, tweeting that the country "has agreed to take strong measures" to stem the flow of Central American migrants into the United States.

"I am pleased to inform you that The United States of America has reached a signed agreement with Mexico," Trump tweeted Friday night, saying the "Tariffs scheduled to be implemented by the U.S. on Monday, against Mexico, are hereby indefinitely suspended."

He said Mexico has agreed to work to "stem the tide of Migration through Mexico, and to our Southern Border" and said those steps would "greatly reduce, or eliminate, Illegal Immigration coming from Mexico and into the United States."