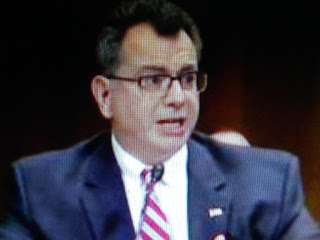 It's a boiler plate analogy that often gets used in same sex wedding court battles.
For the record, I said with the Catholic er.

CNS News reports President Donald Trump has nominated to a federal judgeship a lawyer who argued in court against a Catholic farmer who would not allow same-sex weddings to take place on his farm because same-sex marriage violates his Catholic beliefs.

Michael S. Bogren, the lawyer in question, represented the City of East Lansing, Mich., against the farmer, Steve Tennes.