Unhinged: NOT FUNNY: Letterman Says Trump Is Now 'Psychotic' and a 'Soulless Bastard'... 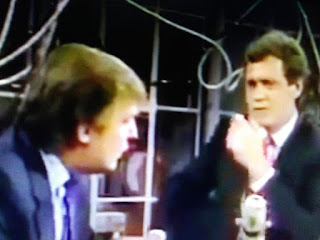 Back in the day Letterman couldn't get enough of Trump.

This much was made abundantly clear during a rare interview that Letterman granted to The Hollywood Reporter's 'Awards Chatter' podcast.