David Ortiz rumored to have slept with drug lord's wife 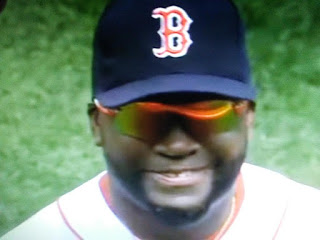 That will get you killed.  I totally believe this story.

IHeart reports first off, we wish David Ortiz "Big Papi" a speedy recovery! It was pretty scary hearing that he was shot at a club in the Dominican Republic!

Doctors said they had to remove his gallbladder, part of his intestine and his liver was damaged. However he was stable enough to fly to Boston on a private jet that the Red Sox sent for him!

But now we're hearing that there might have been a reason behind the shooting. According to authorities in the Dominican Republic believe David Ortiz was shot by two police officers hired by the drug lord who thought David had an affair with his wife!