Video: This is the guy who should be managing the New York Mets right now-Wally Backman 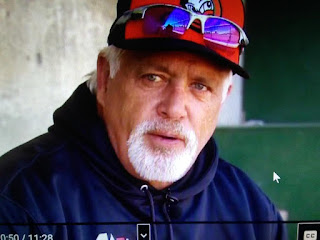 To quote Donald Trump, "What the Hell do you have to lose?"

If this team truly sucks then it's an indictment on Brodie Van Wagenen and Jeff Wilpon.  This is the team they built and Mets fans were told it's a winner.  When Brodie  took the job, Wilpon insisted that Callaway came along with the package.  I don't know if Brodie wanted his own guy, but what was done is done.

You can't fire the team!  Get Calloaway out of here and bring in Backman!  He wants the job.  If the Mets were willing to go outside the box when they hired a player agent then they should continue going outside the box and bring in a man who knows what it takes to win a championship.  Prove to the fans that all the off season talk wasn't just a snow job.

Energize the fan base and do the right thing for once!