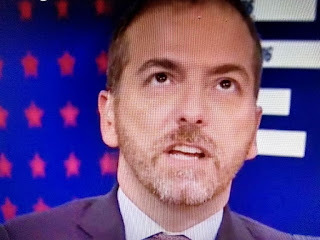 Chuck Todd is really a sad sack tonight.
It wasn't just that Robert Mueller came up short.  It was he didn't come up at all.

The comments from the host of "Meet the Press" came after NBC "Today" co-host Savannah Guthrie said Democrats hoped to use Mueller's testimony as a way to "capture and captivate Americans' attention and focus them on the issues here."

"If that was the goal, it's a complete failure on that front," Todd responded. He added that the "optics" of the testimony were a "disaster" because Mueller seemed "uncomfortable" during appearances before the House Judiciary Committee and House Intelligence Committee.