Ilham Omar: 'Our Country Should Be More Fearful of White Men' 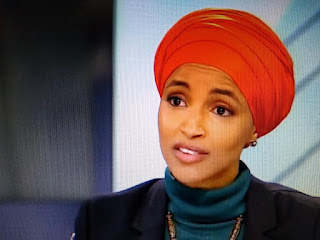 This woman, who I believe committed immigration fraud by marrying her own brother, needs to be removed from Congress forthwith.

CBN reports President Donald Trump and Rep. Ilhan Omar (D-MN) exchanged more harsh rhetoric Tuesday in a fight that just will not die down.
President Trump is not backing down and clearly, neither are the so-called "squad." No, this is a battle to the political death.
Racism and politics – not a day goes by without the toxic subject making an appearance