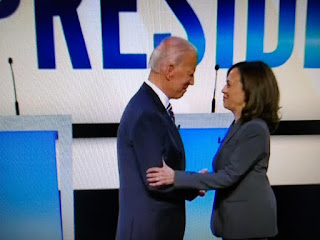 From the very little I saw of the debate, I thought Biden held his own.  Nobody on that stage was able to move the needle and take him off the top spot.

The Hill reports former Vice President Joe Biden came under fire from fellow White House contenders during Wednesday night’s debate, pummeled for defending Obama-era policies including the Affordable Care Act, deportations of immigrants during that administration, and his pitch to rejoin the Paris climate accord signed in 2016 and rejected by President Trump.