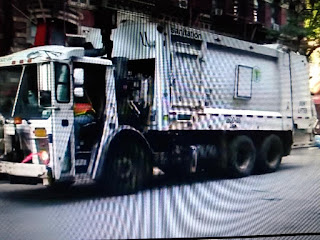 Since Bill de Blasio has become mayor of New York,  the quality of life has decline steadily.
This story is an example how.
New York Post

East Village residents are having to endure the stench from a convoy of city garbage trucks that are parked on their residential block — even though Mayor Bill de Blasio promised to end the malodorous practice months ago.

Lang called it “upsetting that our mayor thinks it’s OK to be running around the country, running for president and leaving garbage trucks parked outside of people’s homes.”