Massacre Nobody Cares About: 6 dead, 49 shot in Chicago 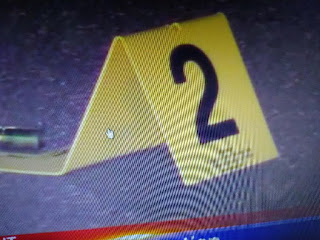 As I've written before countless times on this blog, there's a shooting massacre every weekend in Chicago.
It doesn't get national attention because the shooters are always people of color shooting other people of color.  Look at the attention the shootings in Dayton, Ohio and El Paso, Texas is getting.  The media is all over that because the shooters were white men.  That's the story that fits neatly in their agenda.  Chicago doesn't, and that's why our media is bias and corrupt.


ABC Chicago 7 reports at least six people were killed and another 43 wounded in shootings across Chicago this past weekend, police said.

City leaders and community activists have planned to address the deadly and violent past couple of days.

One of the most recent shootings occurred in the city's Austin neighborhood. Investigators placed down several evidence markers Sunday night on Bloomingdale Avenue near Central Avenue. That's where police said two men walked up to another man sitting in a parked car and started shooting.

The 21-year-old man was shot twice and rushed to the hospital where he later died. Another woman was injured, but was treated and released.