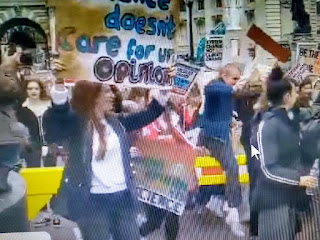 This is pretty funny.  But, that's how these climate change freaks undermine themselves.
They cannot defend their position so they just want people to accept their premise by force.

CNS News reports citing a new study arguing that the media give too much prominence to climate skeptics in their coverage of climate issues, a group advocating for governments to declare a climate “emergency” says those responsible for such editorial decisions are “sacrificing the future of our planet for the sake of appearing objective.”

“This idea of equating climate deniers with scientific experts is a dangerous practice which frames the threat to our planet, our existence as an ongoing debate,” said Margaret Klein Salamon, founder and executive director of the New York-based The Climate Mobilization (TCM).