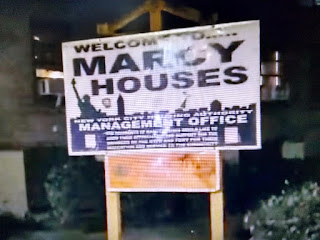 The details of this incident are murky.
Cops pepper-sprayed to disperse a crowd, but no details of what led to that.  The rest is an escalation of bed feelings this city needs to get a handle on before something really bad happens.

At least some of the injuries were caused by “air mail,” objects thrown down at cops from rooftops, police at the scene in Bedford-Stuyvesant told The Post.

By early Sunday, 11 people had been arrested on charges of disorderly conduct.

The violence came after a series of water dousing attacks on NYPD officers throughout the city this summer.

"Straight up cowards!” one man in the crowd there shouted at cops at just after midnight. “You don’t know how to do anything you f–king coward!”One of the cops injured Saturday night had to be hoisted onto a gurney by medics, who rushed him from the sidewalk outside Marcy Houses at around 11:10 p.m.

Respect for law enforcement must be restored.  Otherwise society breaks down and chaos follows.  That's mot goods for anybody.
at 8/18/2019 11:23:00 AM