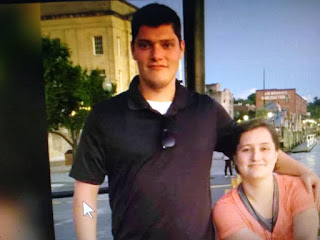 This adds a very different wrinkle as to what was this guy's motivation.
I think we can say this guy was off his rocker for sure.

NY Post reports the Dayton mass shooting gunman’s sister and her boyfriend were among the nine victims killed in the slaughter, officials revealed Sunday

Megan Betts, 22, was shot dead when her brother, 24-year-old Connor Betts, opened fire on a crowded street in the Ohio city lined with bars and restaurants around 1 a.m., officials said in a press briefing.

Betts also killed another eight people and wounded 26 more before he was shot dead by nearby cops, with the entirety of the bloodshed playing out in less than a minute, officials have said.