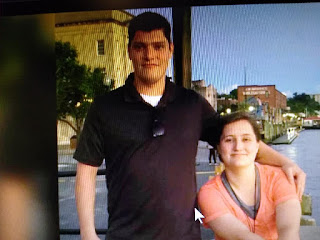 I'm confused.
She identified with being a transgender male?  She felt she was a man as a woman's body.  This is too much to think about with these freaks.


NY Post reports the “sister” of the Dayton, Ohio, shooter who was killed during the attack identified as a transgender guy — although his family had no idea, according to a report and some of his own social media posts.

Connor Betts’ 22-year-old sibling was named by authorities as Megan Betts in the days after the mass shooting, with cops releasing a statement saying relatives had lost “a daughter.”

But he apparently went by the name Jordan Cofer, and identified as a male, although he was only “out” to a small circle of friends, according to Splinter News, which spoke to several of those pals anonymously.

“Jordan was my closest friend,” one pal told the outlet. “He identified with he/him pronouns to people he trusted and knew would support him. Jordan was probably one of the sweetest people you would ever meet, a true saint, but he was also very scared constantly. He tried to give the best to everyone.”