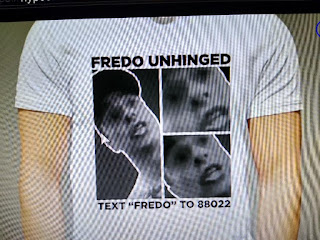 You'd think Cuomo being in the public eye would know how to handle a heckler.
He actually made it worse for himself because he's going to face an avalanche of "Fredo" taunts whenever he shows in the public.

NY Post reports it was an opportunity the Trump reelection campaign couldn’t refuse.

For $34, Trump supporters can get a T-shirt with unflattering screen grabs of the host from the video where he rages against a man who called the anchor “Fredo.”