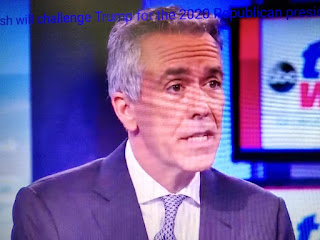 Joe Walsh is a nobody former one-term congressman who spends all his time sending out anti-Trump tweets.  He's never accomplished anything in his life of significance.  But, he's a fav of the NeverTrumper set, a very small group that makes up the conservative intelligentsia.  Trump has over 94% support in the Republican Party.  So, Walsh's announcement is dead on arrival.

The Hill reports former Rep. Joe Walsh (R-Ill.) on Sunday announced he would mount a primary challenge to President Trump.

The conservative radio host unveiled his campaign on ABC's "This Week."

"He lies every time he opens his mouth."