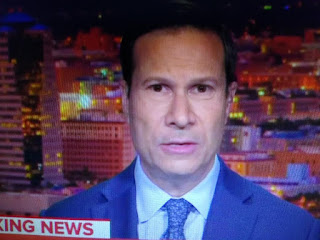 This clown, Frank Figliuzzi, is not to be taken seriously.
It's a disgrace he's even getting air time.  But, this is the low caliber of our corrupt media and especially MSNBC.

NY Post reports a former FBI official floated a theory on MSNBC that neo-Nazis may be heartened by President Trump’s order to fly the nation’s flags at half-staff through Thursday evening to commemorate the victims of this past weekend’s mass shootings.
Frank Figliuzzi, now a national security analyst for the cable news channel, said the shorthand version of the Aug. 8 end date for Trump’s proclamation can be interpreted as a coded salute to Adolf Hitler.