Philadelphia DA Larry Krasner is the most dangerous man in America 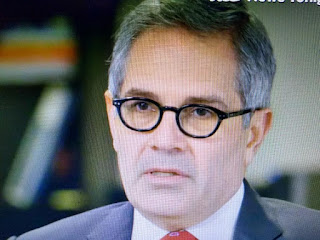 A district attorney is supposed to enforce the law and put criminals behind bars to protect law-abiding citizens of a city.
It's a pretty straight forward job description.  But, Philadelphia DA Larry Krasner has a very different view of what his job should be and it puts Philadelphians at great risk.

Krasner is a radical Leftist who believes his job is to keep criminals on the streets and out of prison even when they commit crimes.  Let that sink in for a moment.

A person like this has no business being a DA.  A defense lawyer?  Yes, that's what they do and what he used to be.  But, he got elected DA in a low turnout election and the people of greater Philadelphia have a immense problem.

It gets worse!  Krasner actually believes people of color should not be charged with the crimes they commit because they live in a racist society that compels them to commit crimes.  Let that sink in for a few more moments.