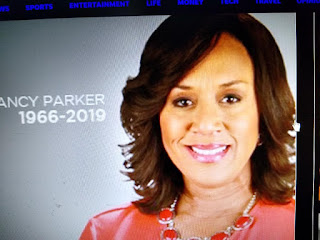 USA Today reports New Orleans journalist Nancy Parker was killed in a plane crash Friday after the aircraft she was shooting a story in went down in a field near a New Orleans airport.

Fox 8 confirmed Parker's death on Instagram Friday, writing: "Today we mourn the loss of our longtime colleague and friend Nancy Parker." She was 53.

"We can confirm she passed away in plane crash while covering a story at the New Orleans Lakefront Airport," the statement said. The New Orleans-based television station also confirmed that the plane's pilot, Franklin J.P. Augustus, was also killed.