Trashing 2nd amendment right: Biden warns gun owners he’ll be coming for their firearms ‘if you have an assault weapon’ 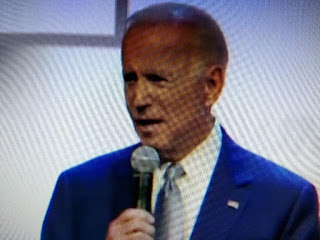 So let me get this straight.  Two deranged guys go on a shooting spree and law abiding gun owners get their guns taken away?
That's not goona fly, Joe!

Many in the record-setting field of two-dozen Democratic White House hopefuls already supported the ban, but the weekend tragedies have emboldened those calls as candidates highlight and in some cases build upon their gun control platforms.
Primary front-runner Joe Biden went so far Monday as to say he's coming for those guns.