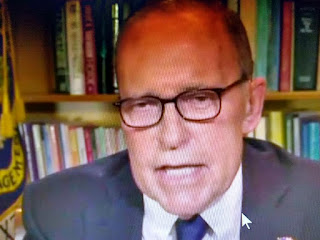 If there's one thing Trump knows how to do is provoke the media and manipulate their reactions to whatever he does.
Buying Greenland wouldn't be an unprecedented move.  The U.S. purchased Alaska from Russia and one third of the land mass of the United States in the Louisiana Purchase from France.  So this is nothing new.

'I don't want to predict an outcome,' Kudlow told Fox News Sunday. 'I'm just saying, the president, who knows a thing or two about buying real estate, wants to take a look at a Greenland purchase.'

Greenland, the world's largest island, is a territory of Denmark, and Kudlow said it is situated in a strategic place geographically.

A new report reveals that Trump has floated the idea of buying the country, but Greenland's foreign minister Ane Lone Bagger told Reuters the country is 'open for business, but not for sale.'