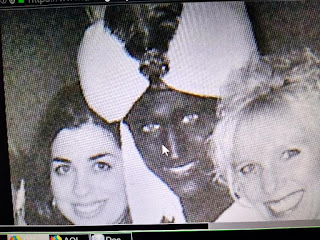 I'm not a fan of Justin Trudeau and I disagree with everything he stands for.  But, this idea that an apology was necessary for a 20 year photo is ridiculous on it's face.  There's nothing wrong with a white guy wearing theatrical makeup to an Arabian Nights theme party.  I do not accept the premises that's its racially insensitive even though he does.  Actors have been doing this for decades and there's nothing wrong with it--end of story!  Get a grip!


Time Magazine reports Justin Trudeau, Canada’s prime minister, wore brownface makeup to a party at the private school where he was teaching in the spring of 2001. TIME has obtained a photograph of the incident.

The photograph has not been previously reported. The picture was taken at an “Arabian Nights”-themed gala. It shows Trudeau, then the 29-year-old son of the late former Prime Minister Pierre Trudeau, wearing a turban and robes with his face, neck and hands completely darkened. The photograph appears in the 2000-2001 yearbook of West Point Grey Academy, a private day school where Trudeau was a teacher.