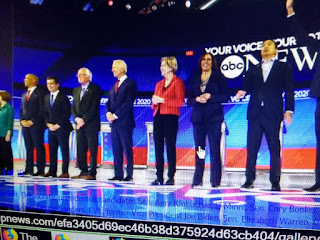 This debate was a snoozeest and the winner was Donald Trump.

AP News reports Joe Biden parried attack after attack from liberal rivals Thursday night on everything from health care to immigration in a debate that showcased profound ideological divides between the Democratic Party’s moderate and progressive wings.

The prime-time debate also elevated several struggling candidates, giving them a chance to introduce themselves to millions of Americans who are just beginning to follow the race.

Biden dominated significant parts of the evening, responding strongly when the liberal senators who are his closet rivals — Bernie Sanders and Elizabeth Warren — assailed him and his policies.