Bill Barr: ‘In the Framers’ View, Free Government Was Only Suitable and Sustainable for a Religious People’ 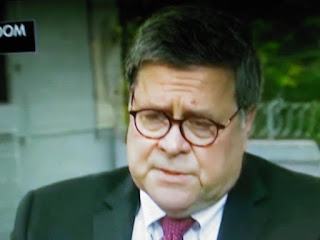 That's why leftists are so dangerous.
They are an immoral people who believe in making the abnormal normal.

CNS News reports Attorney General Bill Barr spoke at the University of Notre Dame Law School on Friday, saying that the Framers of the U.S. Constitution believed that a “free government was only suitable and sustainable for a religious people.”

“In a free republic, those restraints could not be handed down from above by philosopher kings,” Barr said. “Instead, social order must flow up from the people themselves, freely obeying the dictates of inwardly possessed and commonly shared moral values.