China unveils doomsday nuke that can strike USA in 30 minutes! 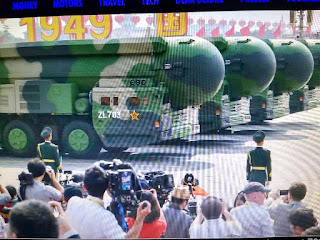 Fear not!  China knows the U.S. already has the capacity to destroy China 20 times over.
They're the ones playing catch up.

The Sun reports CHINA has unveiled its “ultimate doomsday weapon” during one of the nation’s biggest military parades.