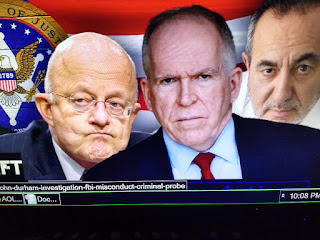 DOJ and intelligence corruption was so rampant Hillary Clinton got away with breaking federal laws.
President Trump and other American citizens were spied on.  And all evidence points to Obama who weaponized the intelligence community.

One source added that DOJ Inspector General Michael Horowitz's upcoming report on FBI surveillance abuses will shed light on why Durham's probe has become a criminal inquiry. Horowitz announced on Thursday his report would be available to the public soon, with "few" redactions.