Explosive Video: Rudy Giuliani: The Witches in Salem Had More Rights than President Trump in this latest Witch Hunt 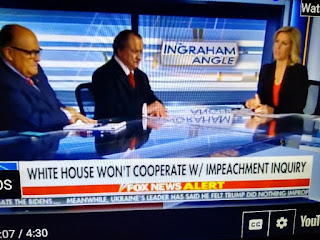 What the dirty Democrats are doing is demonstrating a one-sided process.
It's unfair and weak and the American people won't stand for it.

It was an absolutely AMAZING segment.

The two legal geniuses were on fire following President Trump’s letter to Pelosi on Tuesday afternoon.

Rudy told Laura Ingraham the witches in Salem had more rights than President Trump and Republicans in the Democrat’s latest political witch hunt.