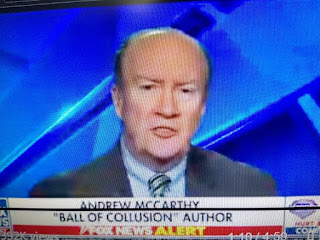 Outlets like the AP and the NY Times are perpetrating a fraud of a very grievous nature on the American people.

This is so scandalous!  Leftists journalists are out of control and they're stopping at nothing to bring down President.  No lie is too big.  No deception is too sleazy for the NY Times and CNN.

They’re trusting the liberal mainstream media to cover for them.

This is the definition of a coup.
Democrats are trying to remove a president while lying to the American people the entire time.

Rep. Adam Schiff and the Democrat mob are NOT sending actual subpoenas to the Trump people.
They are sending letters.

Former Assistant US Attorney Andrew McCarthy explained the difference on Hannity’s radio and TV shows tonight.
According to McCarthy, subpoenas are legal actions to be complied with, except for certain privileges.

Letters are just a committee threats.

McCarthy wrote about this impeachment scam on Thursday.