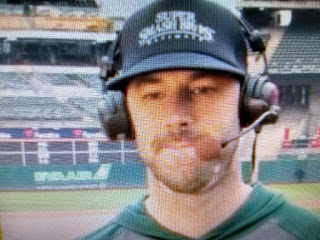 I guess I'm just old school.  Oakland A's pitcher Mike Fiers went to Major League Baseball and spilled his guts
about his time with the Houston Astros in 2017.  That team went on to win the World Series and he gladly collected his share of the winnings.

But, in 2019, Fiers, pitching for the A's didn't go as far in the playoffs as his old team in Houston.  Houston eventually got beat in the World Series by the Washington Nationals.

It should have ended there!

Fiers couldn't let it go because he had a story to tell MLB about the Houston Astros allegedly using cameras in centerfield to steal signs from the opposing team's catcher.  I got a big problem with that.  Not the cheating because that's been going on in baseball for over 100 years in one form or another.  I got a problem with Fiers   snitching.  That's breaking the code!