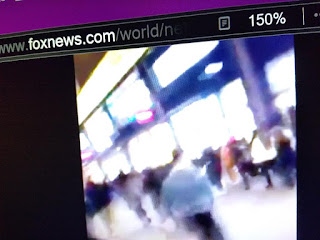 Just when I was absorbing the kife attack in London, I see this on my news eed.
Crazy!

Fox News reports Dutch police say three people were injured in a stabbing in The Hague, Netherlands, on Friday night. The attack comes just hours after a separate stabbing episode in London, where police have since said two of the injured have died.

The Netherlands stabbing took place in The Hague's main shopping street, which was bustling with holiday shoppers, according to police. The motive is unknown at this time