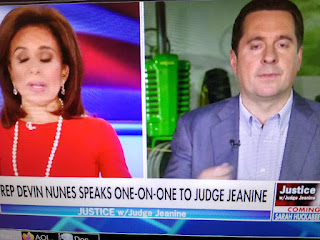 Sounds like a takeover of the government to me.
These Democrats don't know what the Hell they're doing and the MSM is powerless to stop it.

Fox News reports House Republicans delivered a point-by-point rebuttal Monday to Democrats’ impeachment efforts, claiming in their own report that the evidence collected in the inquiry to date does not support the accusations leveled against President Trump -- or rise to the level of removal from office

The evidence presented does not prove any of these Democrat allegations, and none of the Democrats’ witnesses testified to having evidence of bribery, extortion, or any high crime or misdemeanor,” Republicans said in a 123-page report, timed to be made public ahead of the majority Democrats’ impeachment repor.