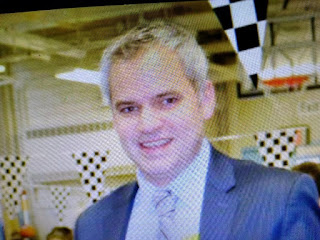 These are the kinds of people who work for Mayor Bill de Blasio and DOE Chief Richard Carranza?
Bad enough the education in the public schools stink.  But, our kids have to worry about predators like this.


NY Post a top deputy to city schools Chancellor Richard Carranza was busted in Wisconsin for allegedly trying to arrange sex with an underage boy online, police and sources told The Post.

Department of Education Deputy Chief of Staff David Hay was arrested getting off at General Mitchell International Airport in Milwaukee Sunday on a charge of using a computer “to facilitate a child sex crime,” according to Neenah, Wisconsin, cops