Iran blinked like a bunch of Bitches! Trump promised certain death and they back up! 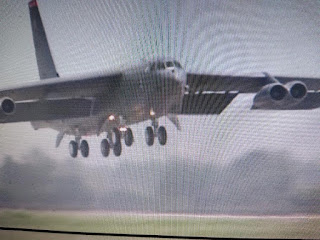 Despite what Iranian leaders may say today to their own people, those 6 B2's that were sent over to DiegoGarcia are used for one thing--nuclear weapons.
Iran paid attention and got the message.  This is how you treat a bully, stand up and show you are willing to go the next step.

AP reports Iran struck back at the United States early Wednesday for killing its most powerful military commander, firing a barrage of ballistic missiles at two Iraqi military bases that house American troops in what the Iranian supreme leader said was a “slap” against the U.S. military presence in the region.
Full Coverage: Iran

The dramatic blast of more than a dozen missiles caused no casualties, however, and U.S. President Donald Trump said hours later that Iran “appears to be standing down.