Denver Post Columnist Fired After Arguing There Are Two Sexes 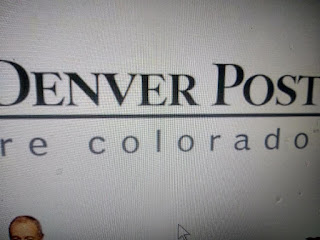 This is outrageous for the woke or leftists crowd who consider themselves to be the most tolerant.  The opposite is true.  For those who don't tow the same warped group think, it's total destruction.


Free Beacon reports a Denver Post columnist says he was fired after disputing the idea that there are more than two sexes.

Jon Caldara, president of the libertarian Independence Institute, announced that he has been fired from the Post, chalking it up to "a difference in style" that his editors found "too insensitive."

"My column is not a soft voiced, sticky sweet NPR-styled piece which employs the language now mandated by the victim-centric, identity politics driven media," he said in a Facebook post. "What seemed to be the last straw for my column was my insistence that there are only two sexes and my frustration that to be inclusive of the transgendered (even that word isn’t allowed) we must lose our right to free speech."