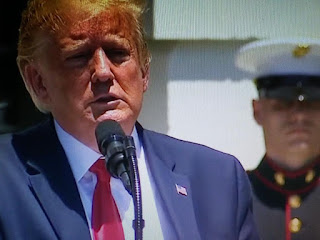 The United States has the capability to reduce Iran into the Grand Canyon.
It's pretty simple if they want to stay alive.

Daily Mail reports Donald Trump has warned that the U.S. will 'strike back' harder at Iran if it retaliates against over the killing of military leader Qasem Soleimani.

'These Media Posts will serve as notification to the United States Congress that should Iran strike any U.S. person or target, the United States will quickly & fully strike back, & perhaps in a disproportionate manner,' Trump tweeted on Sunday afternoon.

'Such legal notice is not required, but is given nevertheless!' he continued.

The president remained largely silent on Twitter for most of the day as he golfed during his last winter vacation day in West Palm Beach.