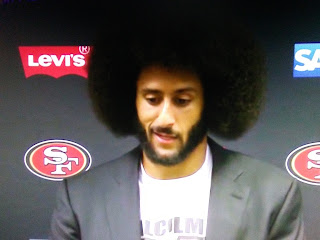 Somebody was going to cry, 'racism'!  It's as predictable as the sun coming up in the morning.
Kaepernick is the most insignificant, media-created character since Greta Thunberg.  The two should go on a date.

The same goes for 20-something clueless bartenders making economic policy.

There is nothing new about American terrorist attacks against Black and Brown people for the expansion of American imperialism.
— Colin Kaepernick (@Kaepernick7) January 4, 2020