Economist: Phase One Trump's China trade deal is step in the right direction 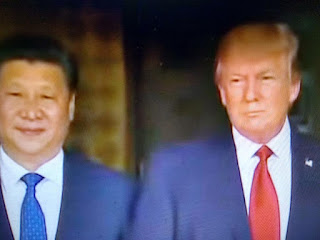 Like no other president before him, Trump has made it clear that China no longer runs rough shit over the US economy.
No other person seeking the presidency has dared go down this road because they didn't know how.

One America News reports JP Morgan’s former Chief Economist is saying the Phase One U.S.-China trade deal is a “step in the right direction.” On Wednesday, Anthony Chan said the agreement shows the world’s two largest economies are willing to work with each other.

“It gives credence to the view that both sides are certainly trying to engage each other and reduce those trade tensions, which is the right way to go,” said Chan.
His remarks came shortly after President Trump posted a tweet, which announced his plan to sign the “large and comprehensive” deal later this month.