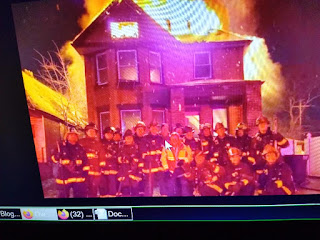 Terrible, just terrible for Detroit Fire Department to act that way when a house is on fire.
This is disgraceful for all the firefighters in the country who do this work.

NY Post reports the owners of the burning, two-story Detroit house where grinning firefighters took a widely-panned selfie on New Year’s Eve are “furious” over the viral image.

“Everybody is furious,” Deonte Higginbotham, 21, told The Post of the brick home that’s been in his family for 50 years.

“They just let it burn to the ground … Eighteen men and none of them did anything,” he added of the firefighters in the tasteless selfie. “All of them need to be fired.