Trump tweets support, in both Farsi and English, as Iran anti-government protests erupt across country 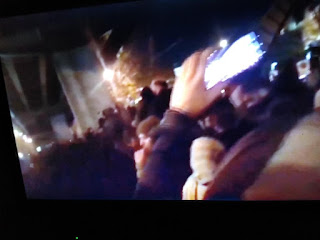 We'll see how far he people of Iran want to take this.
President Trump offering support is a big plus.  Freedom is within reach!

Fox News reports anti-government protests erupted at Iranian universities across the country on Saturday, following Iran's claim that it unintentionally shot down a Ukrainian passenger plane with surface-to-air missiles, killing all 176 people who were on board

Gen. Amir Ali Hajizadeh, head of the Islamic Revolutionary Guard's aerospace division, had told state TV that his unit accepts “full responsibility” for shooting down the Ukrainian aircraft, just minutes after it took off from Tehran’s international airport on Wednesday. Iranian President Hassan Rouhani blamed "human error" in a tweet Friday, and called it a "great tragedy and unforgivable mistake."